The fight goes on - The Prosiect Gwyrdd Scam

The unprincipled partnership board blunders on in choosing Viridor as preferred bidder.

# P Gwyrdd partners agreed to limit recycling and composting, to guarantee 35% of waste goes for incineration, yet incineration is more costly than recycling.

# P Gwyrdd was set on a 25-year contract from the start and refused to look for normal shorter contract periods (eg. Bristol's 9 years at Avonmouth); they would bind Council taxpayers to Viridor even though better and cheaper waste treatments and recovery are being developed.

# P Gwrydd falsely says they will only burn "waste which cannot be practically recycled or composted" when they are guaranteeing waste volumes (or payment in lieu) equal to 35% of the municipal waste.

# P Gwyrdd's proposed guarantee of 172 000 tonnes per annum ignores the Welsh government target for reducing municipal waste (by 1.2% per person per annum), which means 30% too much by the later years of the contract.  In fact, waste volumes have been decreasing faster than this since 2005.

Max Wallis of CATI says "it's a great scam.  Council officials claim Councils  are bound into this contract, when independent QC advice says not.   Russell Goodway (chair of PG) refused to challenge the project - this needs to be overturned by the other Councils as well as his Cardiff colleagues."

Worse they pretend the incinerator ash is non-toxic and can be re-used, yet Cardiff Council's own consultants (Atkins) reported in October that some ash is so toxic that it's classed as hazardous waste.


Cynically called  Project Gwyrdd (Green), Cardiff Council and Councillor Russell Goodway - are locking themselves into a 25 year PFI-style contract, bribed by 25% subsidy from the Welsh Government.


Finance costs and the Business Case have completely changed since P Gwyrdd drew up their outline business case in 2009-10.  Waste volumes have decreased and recycling has soared.  Yet the revised Business Case has been kept secret.  Russell Goodway and P Gwyrdd officials hope to bounce it through all 5 Councils with minimal scrutiny before end of March.

Where is the scrutiny! The fight goes on!
Cardiff ignores the fact that the Viridor incinerator is being built illegally.
CATI Cardiff against the incinerator High Court Action launched against Viridor's unlawful development of an incinerator in Splott/Cardiff Bay.

The unlawful development started in July last year, and Cardiff council has repeatedly refused or delayed taking any action.
The High Court application seeks an Order that Cardiff issue a Stop Notice and/or issue enforcement proceedings, with a hearing within 22 days, with expedited substantive hearing of the case within 8 weeks.

Dirty business
Splott residents were 'assured' by Labour candidates who told them they were against the incinerator. But they have been pretty quiet, accepting officials' pretentious barring of their participating in votes and discussions on the Viridor incinerator.
And the the Splott residents will be distressed to find there neighbourhood full of lorries from all over south-east wales to feed the massive incinerator. 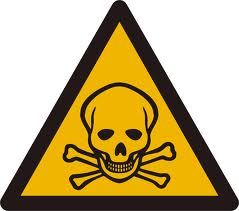 Residents of new luxury flats in Cardiff Bay will get toxic smoke from the incinerator drifting past their windows and balconies...happy days!!

Dodgy advice!!
Business advisor to Councillor Russell Goodway is Tara King, who led the Prosiect Gwyrdd team at £70k pa before moving to a higher-paid council post.  She assured the Council committee that Viridor's incinerator ash is "non hazardous", despite CATI's evidence to the contrary; then the Council's consultants (Atkins) agreed with CATI that the ash is potentially hazardous and Viridor's claim of it being "inert" is wrong.
Posted by Cardiff Against the Incinerator at 05:24