Our petition to Welsh Assembly

The petitions committee have responded;
'The committee agreed to:
Posted by Cardiff Against the Incinerator at 02:14 No comments:

yourcardiff | Incinerator campaigners target council executive | Your local community site for Car
yyourcardiff.walesonline.co.uk
Protestors turned out at the Cardiff council for the executive business meeting, to further voice their concern over the proposed incinerator for Splott.

Protestors turned out at the Cardiff council for the executive business meeting, to further voice their concern over the proposed incinerator for Splott.
Although plans for the incinerator were not on the agenda, organisers of Cardiff Against the Incinerator group decided to voice their displeasure at the planned development at the Trident Park site.
Spokesman for the group, Rob Griffiths (pictured above, furthest left) said that the group was going to write to the local ombudsman, he said: “We want them to investigate the whole planning consent practice undertaken by Cardiff council, they are required by law to send out letters of notification to everybody in the surrounding area, but they seem to have only targeted the businesses, no residents.”
Mr Griffiths said that many people don’t realise the extent of what they will have on their doorstep: “You won’t be able to see where the clouds end and the smoke begins.”
The firm behind the plant, Viridor,was granted a permit to process waste at the site on Trident Park, Splott, last November and campaigners took their protests to the Welsh Assembly Government’s petitions committee.
Edmund Schluessel, from the campaign group, said local residents may be forced to take the decision to court to make their point.
Posted by Cardiff Against the Incinerator at 12:13 No comments: 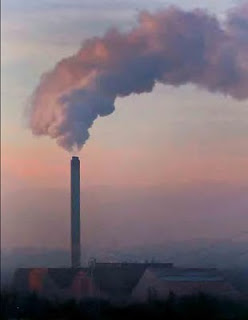 Lamby Way landfill was used up rapidly, charging relatively little for commercial waste – now that income has ceased and the landfill will be filled up by 2012 with no replacement planned by the Council. This leads to costs of an extra £5 million pa (half comes in 2012, further half in 2013).
Foodwaste and greenwaste collection will be separated under the new Plan, and different treatments given (AD for foodwaste; composting for greenwaste). Setting up combined collection was a big and costly mistake, requiring sending to Derby at £500/tonne (now switched to Gloucestershire but still high cost). Seasonal changes in green-waste make difficulties for in-vessel AD and the combination was a mistake from the outset.
Business and financial projections
The income from recycling is at a low 15.5% of expenditure and hardly rises to only 16.5% by 2015/16. This is unexplained. Is it due to low quality material from the MIRV and can nothing be done over this problem?
No comparison is given against a high recycling and sorting strategy with MBT stabilisation or RDF production. The comparison with Business As Usual (Graph 1.0) hides the higher P.Gwyrdd costs within 'saved' LAS penalties. Any sensible strategy meeting WAG's policy on foodwaste and recycling targets will avoid those penalties. So the officers offer no real alternative comparison.
What is Cardiff's fall-back option if P Gwyrdd collapses, like similar mega-incineration projects in England, because capital funding is limited and expensive? P. Gwyrdd expected public funding before the credit crunch, via the European EIB and prudential borrowing, but these look unlikely.
Two huge risks ignored in P Gwyrdd assessment, risks that
# incinerator ash will be classed as 'hazardous waste', with high costs of treatment or disposal
# penalties will be attached to the huge amounts of CO2 emitted by incinerators.
At present, government uses a 'shadow cost' of CO2 around £30/tonne, which would translate to £36/tonne of waste, but Cardiff ignores this – and runs the 'risk' of this carbon-levy in the future.
Cardiff's failure to have a 'Plan B' shows either irresponsibility or blinkered officials who leave the Council no option other than their incineration project – which could cost Cardiff's taxpayers dear.
Laughable - Cardiff's Claim to rank among Sustainable Cities
consider the Plan's Headline Policies and Objectives
# Towards Zero Growth in waste. While waste is decreasing by 2-3% per year on the average in England and Wales, Cardiff's is still growing - and they aim only to stop the growth is the 2020s!
# 'High' Recycling. While towns and provinces in Europe, New Zealand, USA, etc. are already reaching or surpassing 70% recycling, Cardiff proposes to put off 70% till 2025 (or be on the way to 70% by 2020 in Leader Berman's “vision”)
# Sustainable Management: much reduced carbon emissions. Viridor's incinerator will emit huge amounts of CO2, far more than the methane equivalent from Lamby Way.
(The officers use WRATE's false accounting – below - to pretend otherwise).
False Carbon Accounting
It's common in the UK to ignore the bio-fraction of the CO2. But they should take into account the decreasing bio-material in municipal waste in future years, when electricity-only incinerators give 30% more fossil CO2 than the worst coal-fired plant. This means that switching from coal-power to Viridor-incinerator power worsens Cardiff's carbon footprint.
Further, the electricity industry will emit diminishing amounts of CO2 this decade and in the 2020s. Already by 2016/7 it would be one quarter of the Viridor incinerator's
full calculation
Posted by Cardiff Against the Incinerator at 12:30 No comments:

False Viridor claims of zero or even negative carbon

Based on evidence submitted by CATI to the Assembly Petitions Committee, Dec. 2010
The Environment Agency approved the claim in their license determination, but failed to carry out a reality check. The first point is that the energy efficiency is not the 65% assumed by Viridor, but 20-22% for this type of incinerator, after deducting electricity used in the process. Second, Viridor fail to project the decreasing bio-component of municipal waste in future years and the decreasing carbon intensity of the UK el-supply.
Basic figure:
Burning 350kt/year municipal waste would emit 420kt CO2 [1 kt = 1 kilotonne = 1000 tonnes]
Avoided landfill means less methane, counted in equivalent CO2 [called CO2e]
– take as 12% of Wales total (34kt/yr) on basis of Cardiff pop'n => 4 kt CO2e/yr
=> this is less than 1% of 420kt CO2 so negligible.
Wales Waste sector total CO2e is 1.3Mt CO2e/yr (2007 fig.**) so Viridor’s 420kt adds 33%.
# The fraction of bio-carbon is waste is 50% now, projected to decrease to ~35% by 2018:
=> Viridor's emissions of 'fossil' (non-bio) CO2 is 28kt pa – which adds 20% to the 1.3Mt
How much Offset for electricity (otherwise generated by large power stations) ?
# 20-22% efficiency => twice CO2 per kWh of the worst 35% efficient coal-power
[calculation per tonne waste 9.5GJ x 21%, 1.2tCO2
per tonne coal 27GJ x 35% per t coal, (80% x 3.75) 3.0t CO2
gives ratio of power per tonne of CO2 1.7 : 3.3GJe/tCO2]
The usual units kWh/kgCO2 – to convert divide by 3.6 => a ratio 0.47 : 0.9 kWh/kg CO2
Next discount 35% of CO2 as bio-carbon (from 2018 according to Defra) and
invert the units => ratio waste incinerator : coal becomes 1400:1100 g fossil-CO2/kWh
The Offset should be calculated not against the worst coal-plant but for average baseload electricity now and into the 2020s, as the UK supply becomes lower in carbon:
# by 2016-17 the UK carbon emissions (Fig. below) are 350 gCO2/kWh, ie. one quarter of Viridor’s
# by the mid 2020s, the UK carbon emissions drop below 140 gCO2/kWh, ie. one tenth of Viridor’s
# by the mid 2020s, all Welsh electricity is to be ‘renewable’ with carbon intensity near zero.
Conclude: from the start (2015) Viridor’s incinerator would be worse (1400 v. 1100) in fossil CO2 emissions than the worst coal-fired plant and nearly 4 times worse than the UK average generation (350 in the Figure)
Viridor’s claims of zero or negative carbon are false; their incinerator would add strongly to Wales greenhouse emissions.
By the mid 2020s, Viridor’s incinerator would be 10 times worse than UK average.
** figures from Greenhouse Gas Inventories for England, Scotland, Wales and Northern Ireland: 1990 - 2007 AEAT/ENV/R/2873 Issue 1 report Sept.2009to DECC, WAG etc. www.airquality.co.uk/reports/cat07/0909231418_DA_GHGI_report_2007_maintext_Issue_1.pdf
CO2e means CO2 equivalent, which includes methane with a greenhouse factor 26 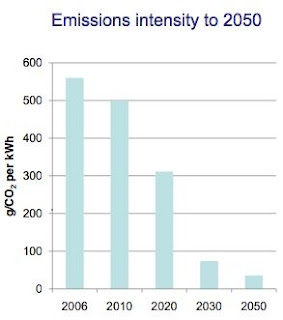 Jan 10 2011 News by Ed Walker, South Wales Echo  CAMPAIGNERS who want to stop the construction of a 350,000-tonne waste incinerator in Cardiff have decided to launch a legal challenge.

Organisers of the Cardiff Against the Incinerator Group have sent a letter to the Environment Agency Wales outlining the reasons why a waste permit should not have been granted to waste management company Viridor.
The firm was granted a permit to process waste at the site on Trident Park, Splott, in November and campaigners took their protests to the Welsh Assembly Government’s petitions committee. Edmund Schluessel, from the campaign group, said local residents may be forced to take the decision to court to make their point.
“There are some major flaws with the consultation and evidence used by the Environment Agency,” he said. “We’ve taken advice and there is a strong moral case, and potentially a legal argument, to reverse the permit decision.”
Mr Schluessel revealed he and fellow campaigners had discussions with barrister Mair Coombes Davies, from Civitas Law, about their case. She represented the Rumney Rec campaigners in their fight against Cardiff council last year.
A spokesman for Environment Agency Wales confirmed it had received the letter and was formulating a response. “We will respond to their concerns and the Cardiff Against the Incinerator Group will decide whether to take the matter to a judicial review.
“We carried out a thorough and rigorous 18-month investigation into this application and we acted to protect local communities and the environment.”

It is estimated campaigners will need to find £5,000 to get the case in front of a high-court judge, and costs could escalate from there.
But Mr Schluessel said: “We are not giving up. We don’t feel the agency has properly considered the health impact of the incinerator on the local community and there are issues about information provided by the Cardiff and Vale Health Board.”
Dan Cooke, external affairs manager of Viridor, said: “Viridor welcomes rational security of the process that has been followed by the Environment Agency in granting an environmental permit for the operation of an energy from waste combined heat and power facility on Trident Park.
“The permitting process is open and transparent. The granting of this permit followed a professional and detailed inspection of plans for the proposed facility and was in keeping with the thorough approach adopted by the Environment Agency across the UK on all schemes of this nature.
“Whilst people are of course entitled to scrutinise decisions that are made by public bodies, the views of a small number of politically motivated protestors are by no means representative of the wider community. Viridor would like to make clear once again the facility will use tried and tested technology that is already in operation at over 20 sites in the UK and over 400 sites across Europe. The operation of the facility will be constantly monitored by the Environment Agency. We will also be pleased to establish a local liaison group to ensure community involvement and scrutiny.
“The Trident Park facility would make a considerable contribution towards meeting the challenging residual waste needs of the area, working alongside high levels of recycling, and provide the opportunity to help businesses and local authorities achieve greater resource efficiency. Importantly, the facility will also bring much needed new jobs to the area and potentially provide electricity and heat to nearby properties and local busiensses.”